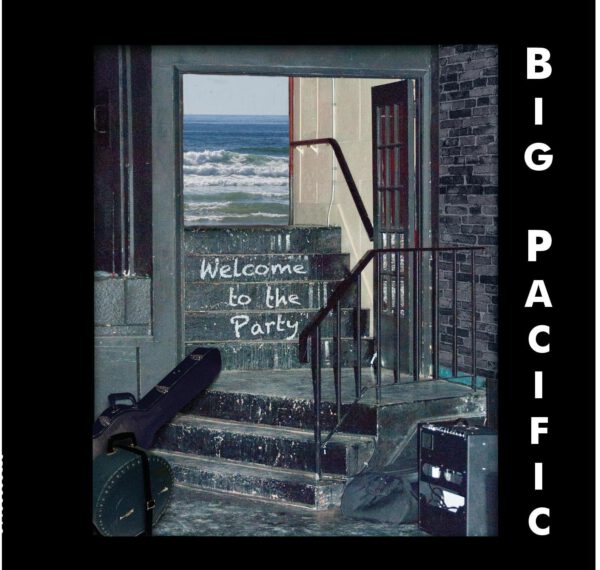 Canadian blues-rock band Big Pacific formed in 2015 and are a very diverse group of seasoned musicians that blend to form a tight dynamic live performance. Their new release ‘Welcome To The Party’ is the culmination of years of woodshedding songs in rehearsals and then polishing them in front of live audiences.

All four members of Big Pacific contribute their talents to the song writing process, with each adding his own personal stamp to the songs. The band has performed at numerous festivals and club gigs on Vancouver Island, where they have impressed audiences with their professionalism and ability to connect with people.

With the new cd our goal is to embrace the rest of Canada by bringing the nation some West Coast groove. Set for release in June 2020, ‘Welcome To The Party’ is a much-needed celebration of inclusivity and positivity – an invitation to everyone to step up and have a little fun as we all join in to the party of everyday life.

Big Pacific Are:
Roly Sandoval (guitar & vocals) is a veteran of Western Canada’s professional music scene. Starting off in Calgary in the 80s he went on to work in some of Alberta’s premier rock bands. He’s also done extensive studio work, appeared on radio and TV, and has played great rock and roll from the Arctic
Circle to Mexico.

Nick Dokter (drums & vocals) started his music career in South Africa as a teenager quickly becoming a sought-after session player. He continued his studio work in London at the PYE Studio where he rubbed shoulders with Ronnie Wood, Arthur Brown, and Van Morrison. Nick carried on his session work upon arrival in Canada, working with the Juno-nominated Richard Stepp Band, Oliver and the Elements and Jimmy D lane, son of late Muddy Waters, and guitar man Jimmy Rogers.

John Hannah, aka Johnny Blitz (keyboards) is a multi-talented musician featured on keyboards, guitar and vocals. John has done extensive studio and TV work. He has performed on a litany of fabulous music shows including (but not limited to) Live Aid, David Letterman, The Princess Diana Trust Concert, Solid Gold, American Bandstand, and Tina Turner’s performance at the Juno’s. Even more impressive is John’s two and a half years in Heart’s touring band and eight years touring with Bryan Adams.

Recensie: A.J. Fullerton – The Forgiver And The