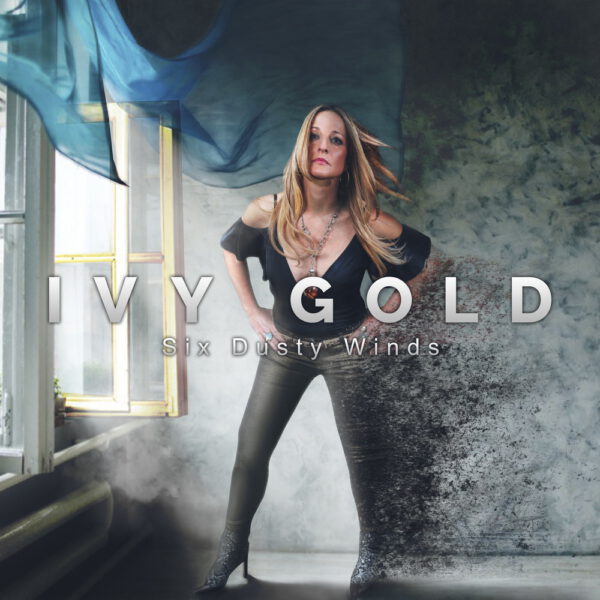 Perhaps art is at it’s best when it comes from way out of the blue. From culture, with no specific reaction in mind or suggested, just the creative flow, flowing to wherever it arrives.

Creativity for the sake of life! At first glance, the Ivy Gold experience is about the striking, sensual singer, Manou, with ballsy, full voice, personal and touching, one wonders from whence comes that energy bomb she’s spewing from and from whence one could get some of the same.

We suspect it doesn’t come from a pill or everyone would be doing it, right? Voice, beautiful and feminine, entwining itself around really thick, listless melodies with range to spare. At times, vulnerable then suddenly tender and loving then exploding in rage and aggressive desperation.
In all, a very charismatic appearance suggesting both deep emotions and exuberant abandon, complete and total fun. At Ms. Ivy’s right is the guitarist Sebastian Eder, musical guru of the band’s 4 golden boys.
With twelve years playing actively in the hard rock/heavy metal band Avalon under his belt as music manager, composer and producer.

A self-made man in the music business who happened to write down a couple of songs, ditties, just for the fun of it and played down the sketches to Manou. Without warning, she admittedly found herself immersed in a cloud of confusion, inspiration and purpose and began laying lyrics, melodies and confessions to the madness as it became clear to both the spontaneous cohesion between the rush of music and the lyrics which became an obvious opportunity to really explore this uncanny connection because as we’ve learned and so will any one who hears it, each song and theme delves deep into Manou’s personal life, beliefs, loves, struggles and hopes.

Those inner worlds we all tend to hide from like accidental sudden nudity. Because the spices and flavors of this music all come ultimately from The Blues, the “sing what you feel”-ness in the moment of the Blues as the ultimate ‘truth-isms’ of the genre, which are at once passionate, celebratory, melancholic, bold and very urgent, as is life, we think of this music as an interpretational form of The Blues, our gospel.

Our point of departure. So, after the initial period of writing and arranging, a cohesive body of demos emerge and it becomes superclear in the studio that this “stuff” should obviously find real expression with a band and some real fiery recordings. Now, to find some good musicians, no, the best musicians to realize the direction.

Knowing the music scenefairly well it doesn’t take long to find out who might love to be on board of this musical journey. After conquering the doubts and fears with taking on such an ambitious endeavor eventually with hearts in hand they solicit US-American world-class drummer Tal Bergman to join the band.
Bergman has worked with really very many big acts in the music scene: Joe Bonamassa, Joe Zawinul, Billy Idol, Chaka Khan, B.B.King, Roger Daltrey, Simple Minds, Loreena McKennitt, Sammy Hagar, Eikichi Yazawa, Terence Trent D’Arby, Peter Cetera, Belinda Carlisle, A Tribe Called Quest and LL Cool J. to mention a few.
He is also the associate producer and drummer on the multi-platinum and Grammy nominated album, “It Had To Be You, The Great American Songbook by Rod Stewart“.
He also performs as bandleader, producer, and drummer of the jazz-funk supergroup Rock Candy Funk Party. Surprisingly Tal doesn’t hesitate for a moment and is thrilled to be on board.

Then, the fledgling group needed a bass player. Sebastian and Manou, now more confident after the Bergman-coup, decide to ask a really extraordinary bassist and an old friend, Kevin Moore. Also from the US,NYC, Kevin who has also played with many big acts worldwide including: The Persuaders, Titus Turner, Bern Nix Band, Karl Berger and Rhythm Changes, Billy Bang’s Forbidden Planet, and toured with Jennifer Rush and Abi von Reininghaus Band.
He says he sees the juices flowing with the first listen and jumps right in.

Finally, keyboard player, pianist and shape-shifter, Anders Olinder from Sweden gets a call and also throws in and gives the band it’s fundamental chordal / instrumental harmonic love squeeze.
Having worked with Glenn Hughes (Deep Purple), PeeWee Ellis (James Brown Band), Peter Gabriel, Amy Winehouse, Elliott Randall (Steely Dan, Sarah Jane Morris, The Communards) and Courtney Pine and is super versatile and extremely tasty in any form of music, and so, thusly the lineup for the band called is completed. Incidentally, the band name is admittedly ambiguous but it seemed a good fit for this formation and for the musical path of the group.

The roads taken to this point were never simply straight ones. There have been many twists and turns and yet still kept on moving ahead and kept on growing with the same momentum and that’s what Ivy Gold is all about conceptually. The band takes their audience along with them on this golden musical journey, a path of surprises and excitement yet very much rooted in honest, homemade, handmade music.

To take it even further, Ivy Gold decided to bring out their music on it’s own label – Golden Ivy Records – even though they have been offered more than one label deal. The selfmade band just wishes to stay independent and free – and stick very close to their own beliefs and values stated in the words and lyrics. 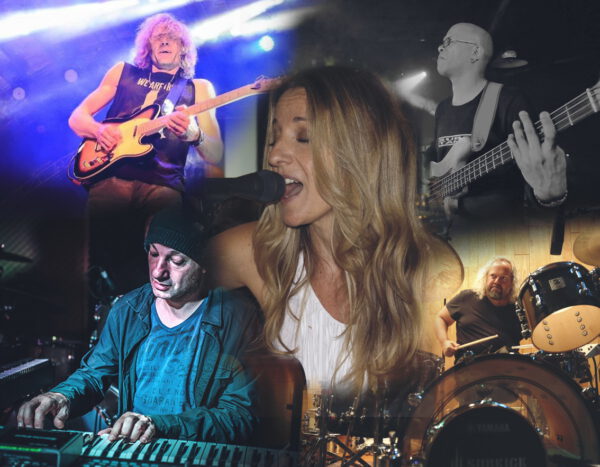 Ivy Gold delivers outstanding, versatile songs, packed with tons of emotion, energy and musical expertise. The awesome rhythm section with Tal Bergman and Kevin Moore build a groovy and powerful foundation for fun and groove. It sets the stage for some superb and diverse guitar performances which are simply electrifying and inspiring.
Sebastian’s guitars melt with Manou’s voices producing a sunlit ocean of story-telling. With the tremendous chordal and chunky harmonic support from Anders Olinder – the band can really shine. We feel it’s a delicious offering.

Bluestown Music · 18 minutes ago
@BluestownM
Review: The B. Christopher Band – Snapshots From The Second Floor

Bluestown Music17 minutes ago
Review: The B. Christopher Band – Snapshots From The Second Floor