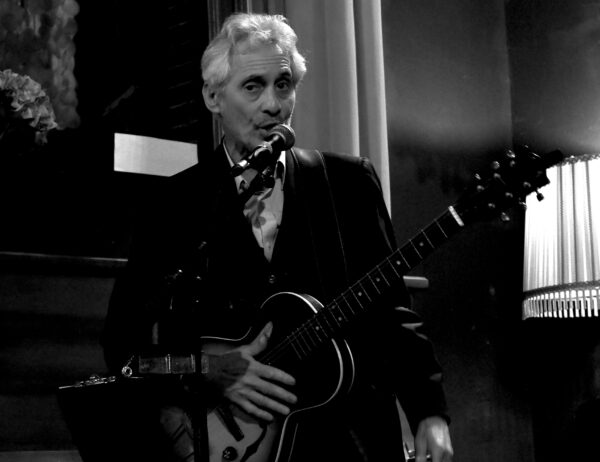 “Trump is an inexhaustible source of inspiration”, says Jim Wake (68), who
grew up in the American rust-belt city of Niagara Falls, NY. He adds, with a
disarming chuckle, “I wish it wasn’t true.”

I sat down with him on the occasion of the release of the first album by Katvanger, the trio in which he’s played his eclectic brand of music for years. Nearly all originals, mostly products of Wake’s imagination and heart. “You couldn’t dream up the things that Trump says, does, and thinks. It’s worse than your worst nightmare. When he was elected I had a few sleepless nights – and actually, I still do. It’s really only gotten worse. To put it mildly, this is not the reality I ordered.”

After 28 years in the Netherlands, married to another American expat, he still expresses himself – as a native-speaking American – with greater precision and elegance in his mother tongue than in Dutch.
Not the reality I ordered is one of the songs on the album So late so soon in which Wake expresses his disdain for Trump. As Jim is more inclined to write in metaphors and allegories, it’s not a straightahead protest song; strictly speaking, it’s a song about all that can wrong when you order a meal:

But it’s not hard to get the Trump connection. That’s true for a lot of the tracks on the album, with similar double meanings. Wake suggests that the sorts of conflicts that erupt among nations are not all that different from the disputes that drive friends and lovers apart.

“It doesn’t make any sense to be constantly fighting each other; it just leads to pain and (self)destruction,” he observes, adding, with an inscrutable smile, “You’ve got to choose your battles…”

In the course of the conversation, Wake reluctantly acknowledges that as a songwriter, he’s benefited from the regime of the blond-crested charlatan that he so despises. In this case, a charlatan who, with his inimitable capacity for dishonesty, has wreaked havoc in America and the world over the last several years.

Despite the Trumpian threat, Wake is definitely not consumed by gloom. He speaks enthusiastically about his music, his American roots, and musical heroes like Muddy Watters, Billie Holiday, Thelonious Monk, and Sonny Rollins. And Tom Waits, of course. 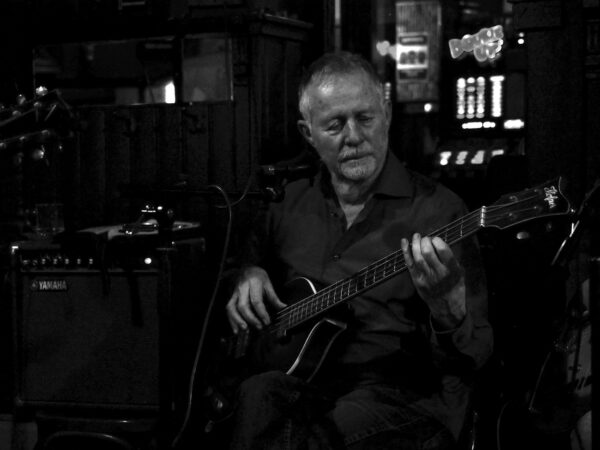 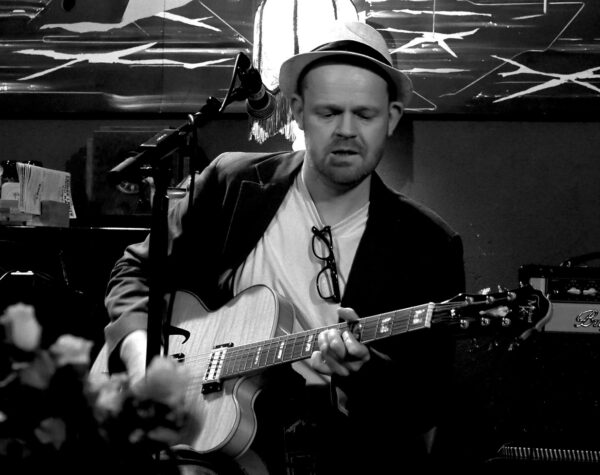 The band itself describes the music as “dubious blues, twisted roots, counterfeit country & western, improbable jazz, and more…”. A “katvanger” is a sort of small-time crook and the band’s pr photos look as if they were lifted from a police file. Indeed, both the music and the musicians come over as a bit frayed around the edges. Very definitely not slick and not always so easy to follow. I’ll just suggest that the name, the music, and the image of the trio are all offered up with tongue planted firmly in cheek.

Katvanger plays basic and honest blues and rhythm & blues, with unadorned yet effective arrangements — most often with Ruud and Jan on backing vocals. Wake says that the advantage of playing in a trio is that there’s more “space” in the music. Space in the sound – no drums, no keys, no horns – and space for the contributions of just three individual musicians. Ruud and Jan are both experienced musicians who – as Jim stresses – have a good grasp of his compositions, offering color and embellishments along the way. Ruud is quick to find just the right bass line, and on lead guitar, Jan, who hails originally from Belgium, has pretty much carte blanche to add his own licks and accents.
Even, on occasion, a bit of African music, but never an out-of-place or superfluous riff. At the end of this interview you’ll find the capsule descriptions Jim has provided about each of the 15 (!) tunes on the album. All information about So late so soon, Katvanger’s first album, is also available on Bandcamp and the Katvanger website, and in the booklet packaged with the CD.

Respectul attire
Jim makes a point of dressing up for a performance. The fact is his father sold men’s clothing. “He was a haberdasher who sold high quality goods. And I still wear suits he gave me that date back to the 1970s!” On stage, Jim wears them with panache; a stylish hat often serving as the finishing touch. He notes that his dress code is inspired by the examples of great musicians like Muddy Waters and Howlin’ Wolf. Out of respect for their audiences, these musical heroes would dress in impeccable suits. With that attention to their own appearance they showed their respect for the audience and hoped to get the same sort of respect in return. 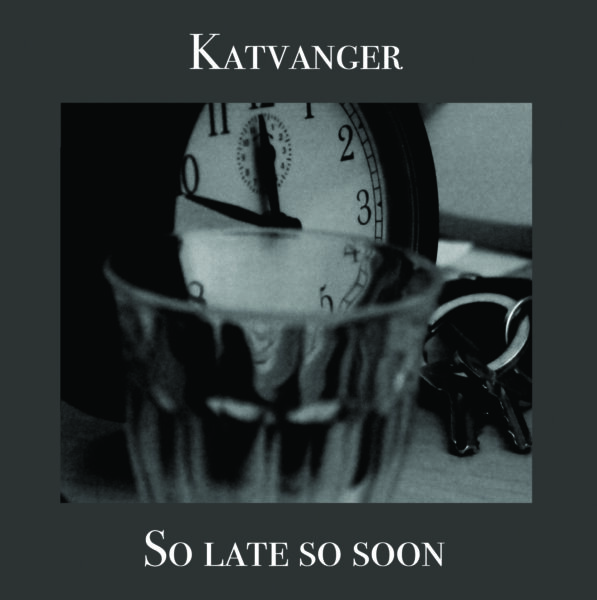 So Late So Soon
Katvanger’s album has been available from Bandcamp – to listen to or purchase – since the middle of August: https://katvanger.bandcamp.com/album/so-late-so-soon
The digital download costs €8 (or more) and the CD €10 (or more). A booklet with the lyrics is included with the CD and the lyrics are also posted on the Bandcamp site. A good thing too, considering the fact that with the Jim’s “authentic” voice, the lyrics are not always so easily discernible, but if you’ve got the lyrics in front of you it’s not a problem.

They haven’t quite worked out exactly how they’re going to promote the album yet. The band is hoping to celebrate the release in both The Hague and Leiden. Jim has had a few conversations withvarious venues in The Hague and Leiden to see if it’s possible to find Covid-proof locations.

Finally, the capsule descriptions of the tunes on the album, provided by Jim in his own unique style…

01) I oughta know better – Confessions about a late night error of judgement
02) So late so soon -You wake up with all sorts of ambitious plans, and then at the end of the day, you wonder where the hell the time has gone. And it’s not all that different with life itself.
03) Gimme – Once a thief, now a philosopher-panhandler
04) White man – An ode to the absurdity of colonialism
05) Peaceful coexistence – In love and international relations, can’t we all just get along?
06) Blind faith – People will promise you just about anything. You get yourself in trouble when you don’t know when to believe them.
07) Not the reality I ordered – Between placing the order and taking delivery, a lot can go wrong
08) Love and death in the age of Trump – Thoughts running wild in the wake of November 8, 2016
09) Please forgive me – Profligate living has consequences, and so does bad advice. A
sympathetic allegory on the Greek debt crisis.
10) You don’t have to worry – You hurt me bad — but hey that’s OK. I’ll be fine.
11) I lost again – Fool me three times and maybe I’ll stop being such a sucker.
12) Traveler’s tale – When you leave Ouagadougou to earn a bit of money, you can never be sure your lover will be there when you return.
13) Crazy ‘bout you – Is it an illicit affair or just too soon to talk about it?
14) Time never mends a broken heart (Ruud Fransen) – Every self-respecting band needs a genuine tear-jerker, and this one is ours.
15) I seen the light – On treachery and revelation