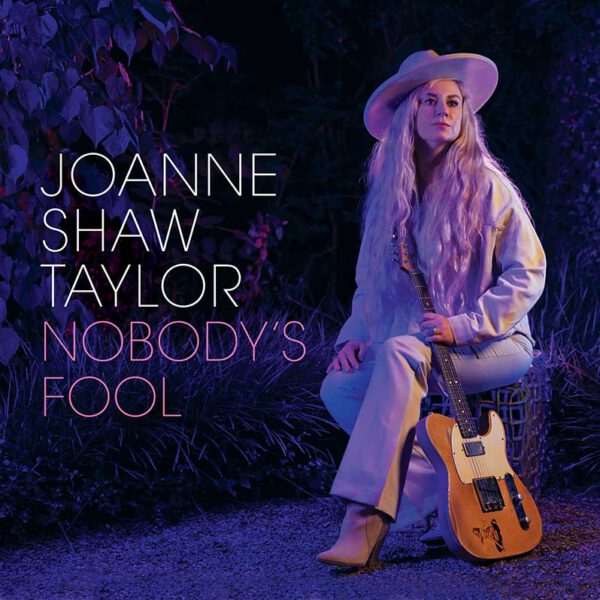 Quite a few female bluesrock artists suffer from the rockbitch syndrome, adding a fake rough edge to their vocals and drowning the listener in pyrotechnics on the electric guitar. Joanne Shaw Taylor stays far away from that: her vocals are sincere and seductive, reminiscent of the great Christine McVie; her fretwork is melodic and to the point, with  each note serving a purpose, not unlike the eqaually great Peter Green.

Although we do hear catchy hooks and infectious guitar riffs, the songs on her new album stray far from the powerful bluesrock that we have come to expect from JST, especially after last year’s amazing live album. Although Joe Bonamassa has been enlisted as co-producer, most songs are astonishingly mellow, with a flat poppy atmosphere, including synthesizers and dance-beats. JST wrote all the songs on the album except Missionary Man, which was written by Annie Lennox and Dave Stewart of the Eurythmics. Apparently she has tried to create a radiofriendly album, thus aiming at enhancing her audience. She may have found new fans this way, but I am sure that she has lost quite a few as well.

Quite a few  songs do not really appeal to me but fortunately JST does deliver vocally: especially on Fade Away  we hear some great vocals with her lovely husky voice. The optimistic closing track New Love is an exuberant soul number that fits JST’s vocals like a glove.

Also, although not abundantly, the electric guitar comes to  the fore on some occasions: The Leaving Kind is an emotional ballad ending with JST excelling in a wonderful solo that we would have liked to hear more often. In Won’t Be Fooled Again Joe Bonamassa proves what he is capable of in a delicious solo. The rocking Bad Blood has a whiff of Morricone, but more importantly some wonderful riffs and fills by Joanne. Figure It Out is a remarkable  up-tempo rocker, which features guitar talent Carmen Vandenberg, who comes up with some hardrockish distortion, supported by the energetic horns.

Although I do understand her objective to reach a larger audience, I think JST has tipped the scales the wrong way here; so I have just inserted her wonderful live album in my cd-player, once  more.