Single I JJ Voss – A Letter To Dad

Raised on a small farm in southern Saskatchewan, Americana artist JJ Voss began his journey in music at age 8 when he picked up his Dad’s old flat top, and has been following in the footsteps of legendary troubadours like Steve Earle, Tom Petty and Bruce Springsteen ever since.

Voss is paying tribute to his roots with his new single, “A Letter To Dad,” a poignant expression of what it means to come from a multi generational farming family. Produced by Russell Broom (Jann Arden, Kyle McKearney), who also plays guitar, banjo and dobro on the track, “A Letter To Dad” is by far JJ’s most personal song to date.

“This Sept. 30 marks the 100th year since my Grandad received the deed to the land that has been in our family’s name since. My Mom and Dad raised four kids and lived there right up until my father’s passing nine years ago. My Dad’s dream was to see the farm continue to operate for another generation.

“Unfortunately, it doesn’t appear as though any of my siblings or I will carry on his legacy. The last time I spoke to my father before he passed, I promised that I would do everything I could to keep the land in our name and preserve our family’s home. I wrote ‘A Letter to Dad’ to give him an update and to reaffirm my resolve to find a solution.”

Indeed, it’s hard not to get emotional hearing JJ’s rough-hewn voice sing the lines, “Now the road I’m on, well it’s built on dreams / I guess the leaf don’t fall far from the tree / So I’m gonna sing these songs for all they’re worth / I’m gonna find a way to make this work.”

In some ways, “A Letter To Dad” also reflects an evolution in JJ’s musical approach, one he hopes to keep developing with other material he’s currently working on. “With my writing, I’m pushing myself to drill down deeper into my own truth, which is both scary and exhilarating,” he says. “I’m facing the tough topics in my life that I’ve always been afraid to talk about. The imperfections of humanity are, to me, what makes art compelling. I’m working hard to write unvarnished, un-calculated truth.”

Beginning with the release of his 2008 debut EP Hillbilly Storybook, JJ Voss steadily climbed the ranks of the Canadian country music scene, following it up with the 2012 album Show ‘Em Who’s Voss, and 2020’s Come Along With Me, which Exclaim! described as, “a thought-provoking journey of unorthodox subject material that is a side step from the standard fare offered up in the genre.”

Each of JJ’s releases have also racked up multiple charting Canadian Country Radio singles, along with Western Canadian Music Award and Saskatchewan Country Music Association awards and nominations. In addition, JJ has performed all over the world, including Ireland, Germany, France, Holland, Mexico and Colombia.

Like many artists, the pandemic allowed JJ to reassess his artistic goals, and “A Letter To Dad” is the first taste of his renewed drive to be a voice for the working class, while updating the sounds of classic country for our modern world. 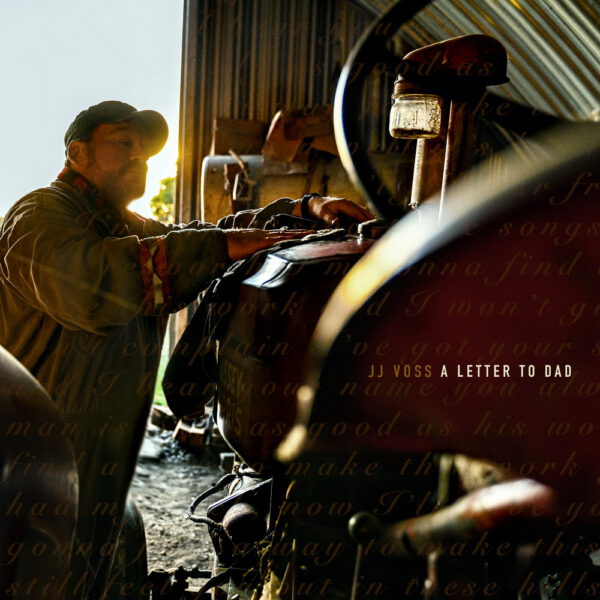 Bluestown Music · 20 hours ago
@BluestownM
Review: The B. Christopher Band – Snapshots From The Second Floor

Bluestown Music20 hours ago
Review: The B. Christopher Band – Snapshots From The Second Floor