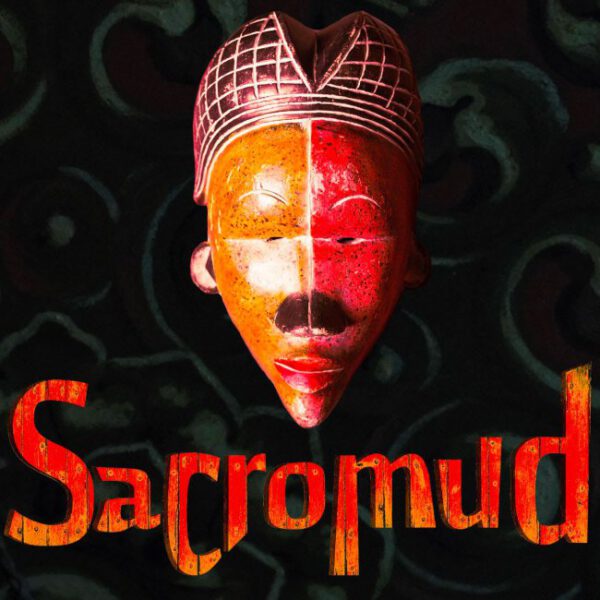 SACROMUD
THE OVERGROUND BLUES: ABOVE THE UNDERGROUND, UNDER THE MAINSTREAM

​SACROMUD is a Labilia production (born in 2018 aka Pugno Blues Band – Pbb) and is not just a band that fishes into Maurizio Pugno‘s blues, continuing in some way the path started over 35 years of activity around the world, but it is a real factory of suggestions and sounds spread on what we are today, the Sacred Mud of the contemporary.

SACROMUD is the “overground blues”, the new place of the “new blues” of Maurizio Pugno’s new project.

A stroll inside Bluesland, the land of everyone and where everything has generated the music of the last 100 years and which has made it possible to transform all of this into a “Carousel”, into an “off-scale blues suite”, into a secular prayer that speaks of exodus, of the sensuality of our weaknesses, of the sound of our footsteps and of the surprises of wandering spirits.

The maniacal need to represent human weaknesses since the very beginning in 1982 has made Maurizio Pugno naturally evolve into a blues musician, the kind of music that can relate to and tell everyday life stories.

He has long been an integral part of the European blues scene, to which it contributed with its creativity, experience and versatility.

Maurizio was born in 1966, in a small medieval town (Gubbio) in central Italy, an area where musical ferment was and is almost absent and where every artistic instinct must be practically invented from the ground up. Still, a beautiful place to go back to, from which to start the journey again!

Having grown up in an age where the «real-time online communication» wasn’t invented yet, his musical story is made up of the smell of paper, vinyl, misadventures, travel but also of experimentation and yet a desire to anchor himself in the contemporary.

It is also on these assumptions that the Pbb was born first and then, by natural consequence, the SACROMUD Pugno Collective.

In over 35 years of music, Maurizio Pugno has played and collaborated in numerous projects realizing 17 albums and hundreds of tours in many countries all over the world.

Within this journey, almost in «the wrong way lane», Pugno has decided now to root his experience of European Bluesman in everyday life, geographically and humanly speaking.

The “bourgeois tribality” of Raffaele “Raffo” Barbi, scoops up with both hands in the puddle of our daily and contradictory battles, fitting perfectly with the new vision that Pugno is trying to give to his music, rooted in the blues but mirrored in the 21st century!

Pugno’s so-called guitar lyricism fits perfectly with Raffo Barbi’s warm and biting vocalism – “…What intrigued me first of all, was his deep emotionality… – says Pugno – … hidden by that serious, dark, and silent way of acting.

The first time he sang Leon Russell’s Help Me Thro ‘The Day I heard in Raffo salt, mud and respect; the salt of passion, the mud of life and respect for listening…”.

Franz Piombino (bass) is the other senior member of the band.

Born in Turin Italy in 1968, he has been part of Pugno’s musical history for many years now.

Back in homeland after having lived as a professional musician for about twenty years in London, he played with many artists of the blues/soul scene such as Josh Smith, Ariel Posen, Jeff McErlain, Paolo Bonfanti, Linda Valori, Antonio Forcione, Stephen Dale Petit, Nick Van Felder, Edoardo De Angelis, Jaye Williamson etc.). Now he is the eclectic bass player of the SACROMUD Pugno Collective as well as of other Labilia productions of which he‘s one of the supporting pillars.

To the two seniors members, Pugno has given the support of two young musicians coming from different musical backgrounds and who have recently appeared in the world of Blues and Soul: Alex Fiorucci on organ, piano and synthesizers and Riccardo “Rocca” Fiorucci on drums.

But what better words than those of Pugno himself to sum up this vision: ”the blues was for me the salt with which I seasoned my musical journey, not only as a musician but above all as an enthusiast.

SACROMUD is what I call an emotional “slingshot” rather than a musical group that has transformed my path into an experimental synthesis at times difficult, with which to deal but from which to draw ideas: means but a burning desire to break objects to give soul to the matter.

The tragic, often arrogant habit that makes us put the hardships and sufferings all on the same level and that I see penetrating our way of being and feeling realities, are turning into custom.

Each has his dogma, each his moral feud, everyone has their own each.

The pain I feel for all this does not turn into anger, but inevitably into music, making myself say, musically, that it is no longer what it was before: – put together the material that made you restart and get up over and over again in your life, give it a structural coherence, and photograph it!

Raffo has translated all the contradictions of turning on oneself through, as I often repeat, his sacred mud.

But each one of us is dirtying the music that is written with his personal history.

A summary of the society I would like: different languages that enrich a synthesis that seeks another”.

Resized, (released on April, 2021), as Pbb, a readjustment of the dress, like a good tailor would do, to their own sizes: eight re-adapted covers, and three originals composed and recorded for this album.

Resized is the raft that finally ferried the Pbb towards SACROMUD and “Sacromud” (the album out in 2022 completely composed by Maurizio Pugno and Raffo Barbi, totally immersed in this suggestion).

​The SACROMUD Live Show follows this vision and is built as a single musical suite within which the narration itself moves as well as soul, roots music, blues, rock, R&B etc. but blended together with the sounds of contemporary contradictions.