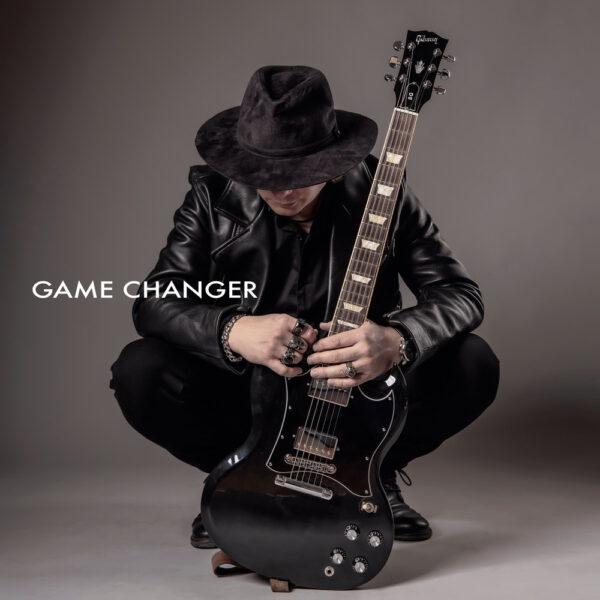 Musical genius, multi instrumentalist, composer, producer, video director etc, Patrik Jansson delivers again, and in a big way. Writing, recording and producing the whole album as well as playing all the instruments himself he proves once and for all that he can handle it all with taste and confidence. Letting he’s background in rock, metal, punk, pop, americana, reggae, blues, jazz & fusion shine through, Patrik has made a truly diverse album where all the different styles and genres combine to make a record that challenges the listener while at the same time always being musically interesting as well as pleasing to the ears.

You will find a little bit of everything here, from smooth instrumental pieces reminiscent of 70´s jam bands (Rays Of The Sun) and the Mahavishnu Orchestra/Weather Report inspired Something’s Gotta Give where he even plays a drum solo showing of his skills as a top notch drummer, to pop tunes with a twist (A Wonder Of Nature) with its funky Motown influenced bass-line that stretches out into a jam at the end.

You will also find beautiful, deep ballads (Know Where I Belong) and of course heavy, fuzz guitar driven rock reminiscent of Jimi Hendrix, Black Sabbath and Deep Purple where Patrik sometimes stretches out and lets the songs build to a climax like in the opening track Still Want You. There’s even a bit of reggae on there (Time To Make Some Changes) where he has spiced things up even further by adding a horn section.

Patrik really shines as a producer choosing the right sounds and instrumentation for each of the 11 songs and he’s attention to details, understanding of rhythm, arrangement and groove makes every song stand out without ever losing focus of the feel, the melody or the album as a whole.

Guest appearances by the German blues award winner Tommy Schneller on saxophone (Something’s Gotta Give) and the fantastic harmonica player Jesper Larsson on the ”punk boogie” tune, Feel Bad Boogie. The album was mixed and mastered by Martin Karlegård and Patrik Jansson in SubMob Studios, Stockholm.

Game Changer is said to be the first in a series of three albums where Patrik Jansson plans to explore the world of analog synth sounds, acoustic guitars and bigger arrangements as he digs deeper into his musical influences.

Several videos and singles have already been released in support of the album. Patrik Jansson will be touring Europe September/October 2023. The album is available on CD, black and limited edition purple splatter vinyl as well as download on Spotify, iTunes, Deezer etc. Distributed worldwide by Sound Pollution and partners.

Bluestown Music15 hours ago
Who Are You: Barrence Whitfield & The Savages