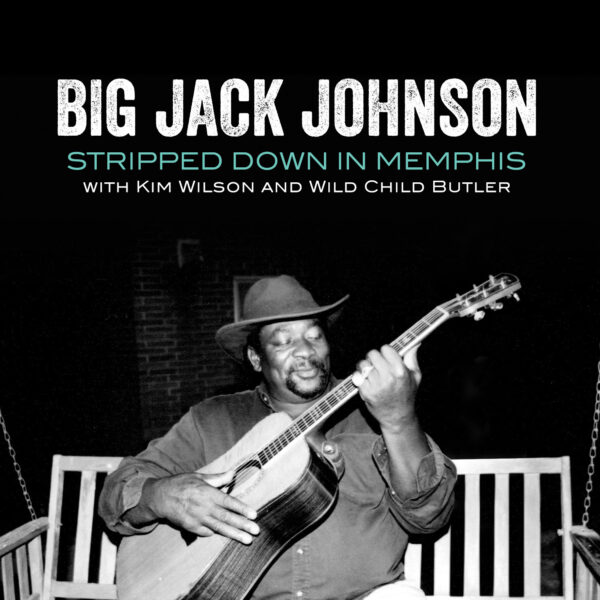 M.C. Records is proud to announce the posthumous, acoustic release from Big Jack Johnson, Stripped Down In Memphis coming May 20. Harmonica master Kim Wilson guests on four tracks and Alabama bluesman, George “Wild Child” Butler on five. All nine songs have never been released before.

Stripped Down In Memphis is a collection of songs that comes from two sessions recorded in Memphis. The first was recorded in 1998 with Alabama bluesman Wild Child Butler after we re-issued his release “Lickin’ Gravy.” The second session is unreleased songs from Big Jack’s “The Memphis Barbecue Sessions” recorded in 2000 with Kim Wilson on harmonica and released in 2002. It would receive a W.C. Handy Award for Acoustic Album of the Year. 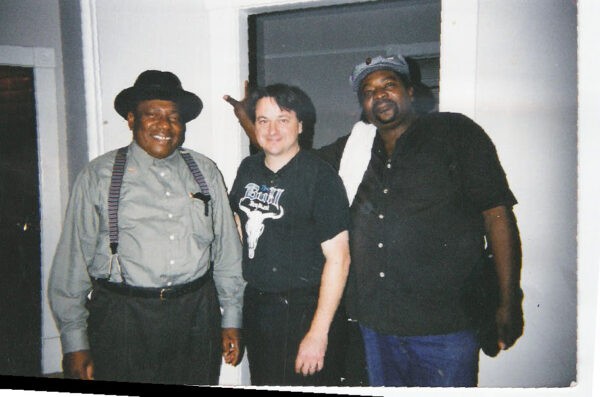 Mark Carpentieri president of M.C. Records and producer of the album shares some thoughts about the record:

I was so happy to discover these recordings. You get to see all of Big Jack in these recordings, his amazing playing, his humor, and can get as deep down as any bluesman. Wild Child Butler was truly underrated during his time and these recordings prove that. As of Kim Wilson, he was able to create the tone and dynamics without the use of amplification and that’s why he’s regarded as a master of the instrument.

This unvarnished and rich blues collection features Big Jack on acoustic guitar, electric guitar, and the instrument he would use in live performances, the mandolin. Both Wild Child and Kim Wilson play their harmonicas without amplification making for rich and honest accompaniment to Big Jack’s playing and singing.