New album to be released 15th September 2022 on all platforms titled ‘Locked in & Live’. The album will feature 18 songs – 8 live songs recorded during lockdown in The Iontas theatre Castleblayney. This was the first time the band had played together in 18 months so it was a joyous occasion for the musicians involved.

It will also feature 7 studio recorded songs that Ben worked on during lockdown & 3 live acoustic songs that featured on his Facebook live streamed concerts in the 1st year of the covid pandemic.

Two of these are cover versions of Bob Dylan’s – Oh Sister and Bruce Springsteen’s – Drive All Night which features Ben on the piano. Out of the 7 studio tracks there is tribute songs to 2 great friends who sadly passed away in the last year: The late Rainbow George Weiss whom Ben co wrote ‘U People & Scoring Goals’ which features voice overs by Rainbow George & his good friend Ian Jury. The song ‘U Look to Me’ was co wrote with the late great Irish songwriter Tony McLoughlin. 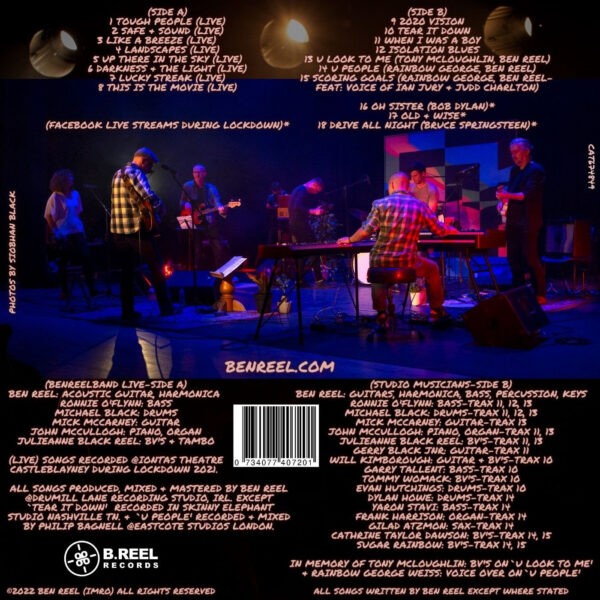