Steve Wallis – Nothing Stays The Same Way for Long 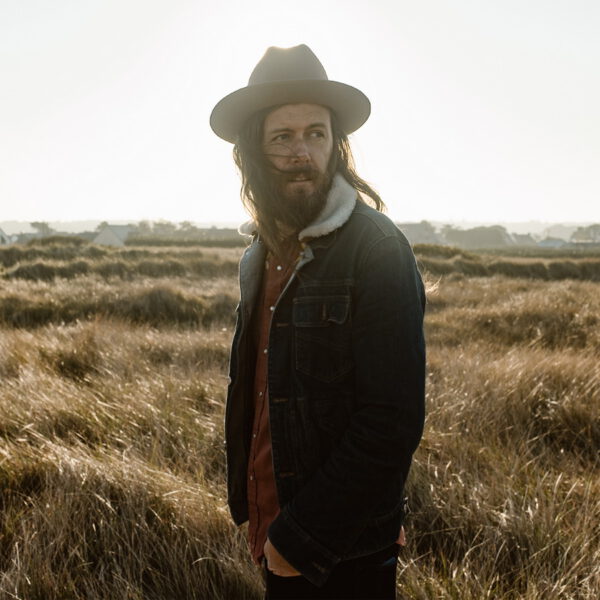 Folk singer-songwriter Steve Wallis was raised in Byron Bay, Australia, but after spending more than a decade playing in bands around the country, he relocated to Paris, France in 2014. Steve Wallis writes vital, clear eyed folk songs, driven by his shrewd fingerpicked guitar and a disarming mix of wry wit, potent honesty and bittersweet sadness in his writing that recalls Townes Van Zandt, John Prine, or Justin Townes Earle.

Steve performs solo, telling stories and singing songs, with his little Guild guitar, his harmonicas and his voice slipping between delicacy and gruff candour, the perfect vehicle to traverse the timeless and ever-potent topics of new loves, lost loves, old homes, old friends. His debut solo album ‘Nothing Stays The Same Way For Long’ is being released in 2022.

Since the release of his song ‘Melbourne Rain’ in 2018, which introduced his music to a global audience after it was featured in multi-million selling PlayStation game Detroit: Become Human, he has been performing around Europe as well as Australia, but it was in upstate New York, at a writing retreat hosted by folk duo The Milk Carton Kids, that Steve met English songwriter, producer and multi-instrumentalist Joe Boon, and the pair began working on demos that would form the foundation of his first full-length LP Nothing Stays The Same Way For Long.

Recording plans were inevitably put on hold throughout 2020 until late 2021 when Steve travelled to North Devon, England and the pair spent six weeks recording the album. Much was recorded in Joe’s small project studio, as well as in three local churches who donated their reverb to create swathes of room-filling drums and elegiac piano. The closing, and title track, was recorded live in a small church in Georgeham. The pair recorded almost everything between them, trading the roles of engineer and musician, and were joined on several tracks for harmonies sung by Bryony Lewis and Kara McKee. A few final pieces were delivered from a distance: saxophones by Bruce King; pedal steel by Jon Graboff; pump organ by Dan Walker and fiddle by MorganEve Swain. Joe Boon mixed it, and it was mastered by Doug Van Sloun in Omaha, Nebraska.

Throughout the raw and stripped back directness of ‘The Wolf’, to the sprawling walls of vocals, drums, slide guitars and mellotron on ‘Now I Don’t’ and the hymn-like stillness of ‘Nothing Stays The Same Way For Long’, Steve’s aching voice and stirring lyricism punch through. In that final and title track, Steve reflects on fleeting times far away in the Catskill Mountains: ‘I found a piece of heaven and I wrapped it in a cloth’. He has done something similar with this LP. It too may be fleeting, but it’s worth holding on to in these strange times.