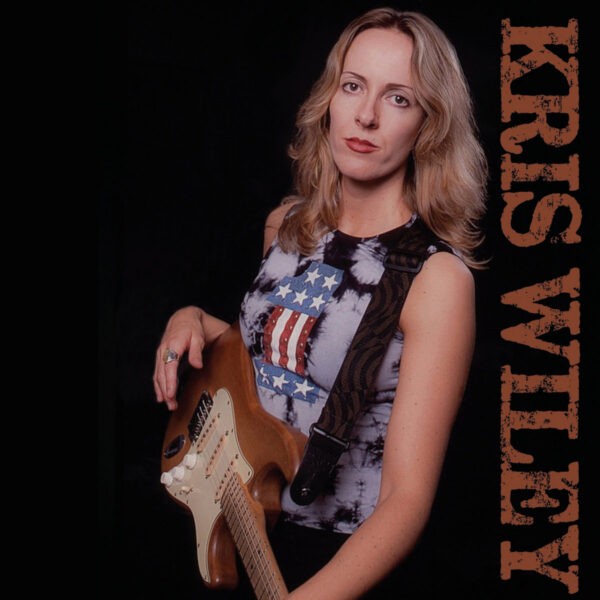 A new star on the R&B music horizon

Originally from Redondo Beach, California Kris Wiley quickly made a name for herself in the 90s in the South Bay and then in the rest of Southern California and across the U.S. and in Europe. She released two albums, “Old, New, Borrowed And Blue” and “Breaking The Rules” played in New York, Chicago, Nashville, Memphis and then disappeared.
And now here we are, “Kris Wiley” – produced by Carla Olson who has also produced albums by Jake Andrews, Barry Goldberg, Paul Jones, Chubby Tavares, Phil Upchurch, Joe Louis Walker, as well as individual tracks by Sugar Blue, Rocky Burnette, Alvin Youngblood Hart, Taj Mahal, Otis Rush, Kim Wilson, Brenton Wood.

For the record her inspirations were the Kings (Albert, B.B. and Freddie) as well as Albert Collins. A favorite quote, “I like jazz but it doesn’t affect my soul like the blues.”

“Wiley is the most promising female blues guitarist to emerge since Bonnie Raitt,” Los Angeles Times.

“She made my jaw and everyone standing next to me just drop to the floor There is an energy so strong blazing, ripping intense sounds. The tone, the feel, the choice of notes are truly authentic. A true love for the blues.” Lou Laurenti, Southern California Blues