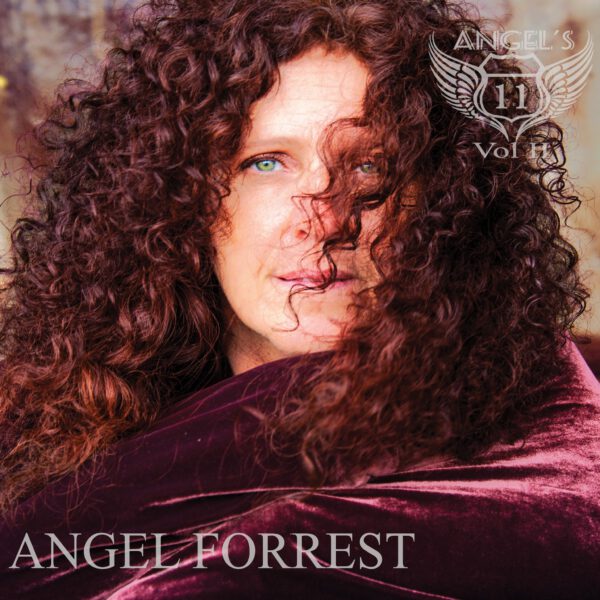 In 1988, Montreal’s Angel Forrest began a musical career that would span over three decades…and counting. The energic vocalist’s work immediately gained attention from critics and new fans. Her tribute performances to the legendary Janis Joplin brought Angel into the public eye. The live performance was immortalized on her Angel Sings Janis Live album.

Her first original album, Here For You, then sold over 30,000 copies and was followed by the other LPs, including Wonderland, her Christmas album, the award-winning album Come Alive, as well as Mother Tongue Blues, which won her the Lys Blues Album of the Year in Québec, was nominated for the Recording of the Year at the 2014 Maple Blues Awards where she also won Songwriter of the year. That same year, Angel recorded Live Love, her live acoustic album. In 2016, she released Angel’s 11, an original concept album with 11 of the best guitar players in the country. The album was such a success Angel went on to win Producer /Recording of the Year, Songwriter as well as Female Vocalist of the Year.

Her live opus, Electric Love, topped the charts around the world. The Montreal artist was named Female Vocalist of the Year seven times at the Maple Blues Awards between 2013 and 2021. The 2018 Memphis International Blues Challenge Finalist sings the whole country, blues, and rock spectrum. In November 2019, ready to hit the American market, Angel released the critically acclaimed album, Hell Bent with Grace was nominated for a JUNO award in 2021 for Blues Album of the Year.

Forrest’s new release, Angel’s 11 vol. II (March 11, 2022) is another brilliant concept album, this time featuring 11 of her favorite vocalists. It was a challenging feat to write 11 songs in duo form that fits the vocalist’s voice and style as well as words they can stand by and believe in. But it worked, in spite of the raging global pandemic. It’s a challenging time to record, with much of this new release being recorded virtually. The first single “My Favourite” will be released on January 28th.

As for the themes on Angel’s 11 vol. II, in her own words, “…it is an album written from the heart. A first-hand witness of what happens when your world is turned upside down, our dreams, our habits, our elderly, our children, our regrets, our choices, and our situations. It is about finding a positive to embrace and relay to others that we must go on. We must believe, be strong, and somehow thrive full heartedly…a new beginning together.”